What is the deal with opening names?

There are sequences of opening moves that are played over and over again.  This is because the moves make sense in accomplishing the goals of the opening.  These goals are:

The names of openings have been assigned pretty much by accident over history.  Openings can be named after:

Do I need to learn all of the opening names?

Once you know the name of the opening you play, you can search on the internet for more information about that opening.  There are even videos that explain the finer points of each opening.


And now, the tree diagrams

I couldn't fit all of the openings on one diagram, so I broke them up according to the common classification system, which is explained in the first diagram.  Note:  There are many other openings that I did not include here.  These are either very rarely played anymore, or are not suited for improving players. 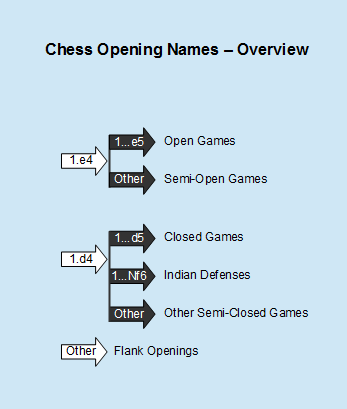 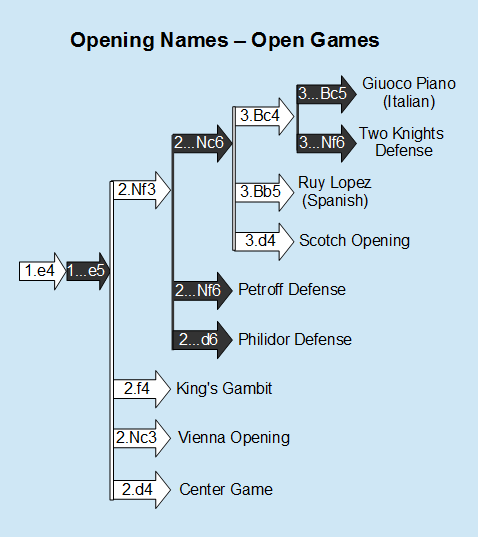 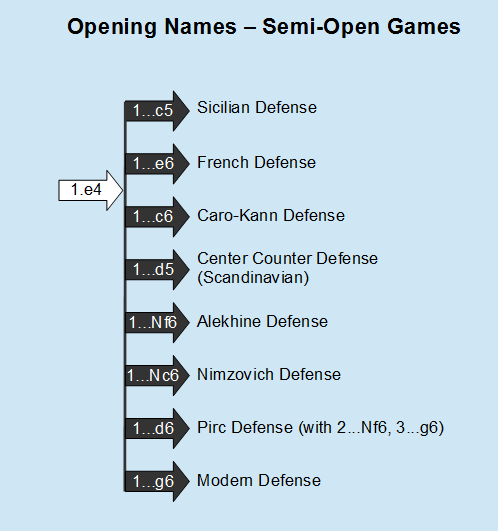 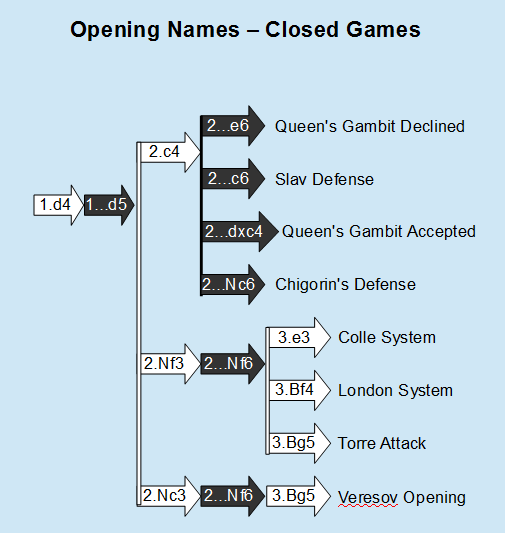 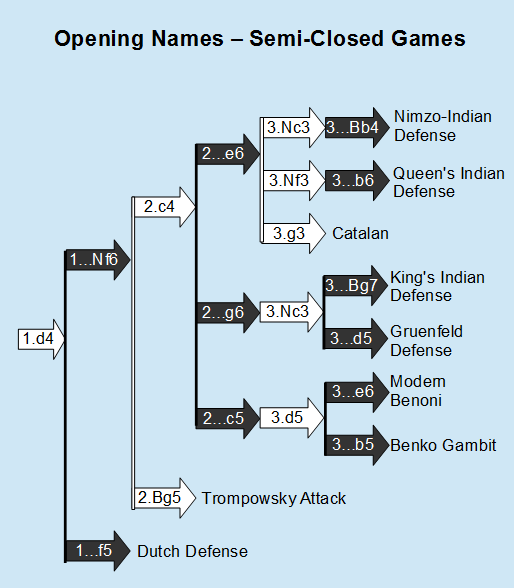 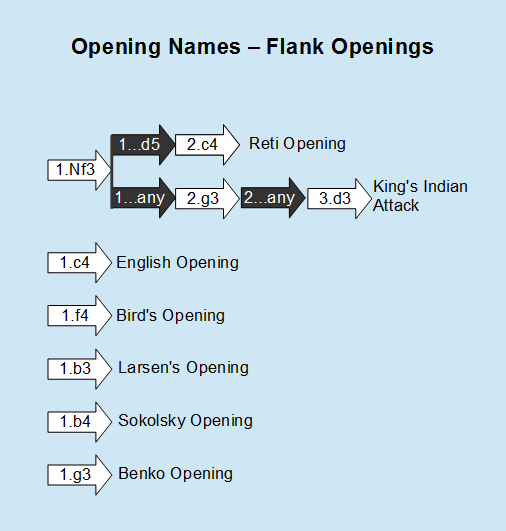 Now that you know the name of the openings you like to play, you can make your own tree diagrams showing the variations and sub-variations of those openings.  There are plenty of internet resources to guide you.  Old school players like me still read about the variations in books.

I enjoy learning about the openings and I hope this information will help you get started improving your opening play.